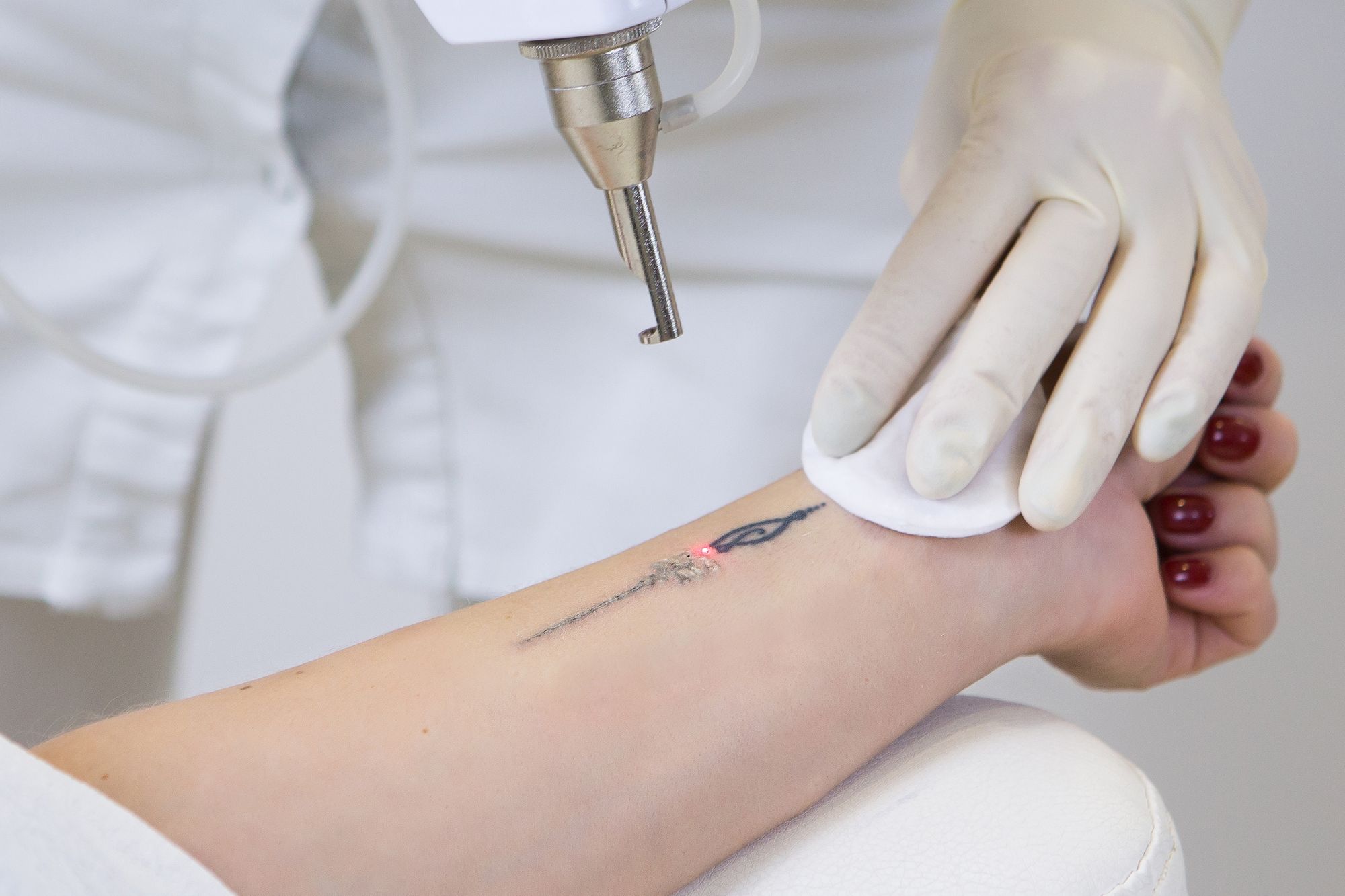 During a tattoo removal session, a pulse of intense light emitted by the laser targets the pigment in the skin with minimal damage to surrounding tissue.

Unwanted tattoos can be truly difficult to deal with. Unwanted ink can serve as a nagging reminder of a bad decision. Most traditional tattoo removal systems can be painful and ineffective. Our center takes pride in offering both Q-switched Nd-YAG and Alexandrite lasers to greatly increase our success in the treatment of complex multi-colored tattoos. With the recent acquisition of the PicoSure laser, the best in class laser for tattoo removal, The Center for Dermatology and Laser Surgery has cemented its position as one of the premier laser tattoo removal centers in Northern California.

How Does Laser Tattoo Removal Work?

During a tattoo removal session, a short pulse of intense light emitted by the laser selectively targets the tattoo pigment in the dermal skin layer with minimal damage to surrounding tissue.* This laser energy causes the tattoo ink to fragment into small pigment particles that are removed by your body’s immune system and through the elimination of the particles from the surface of the skin.* Dark tattoos may have larger ink masses and may require several treatments to break the ink into small enough particles for disposal by the body. Tattoos gradually fade after treatment. However, since the laser cannot regulate the speed of the fading process, it is better to treat more conservatively than aggressively, allowing the surrounding tissues to relax during the weeks to months between treatments. 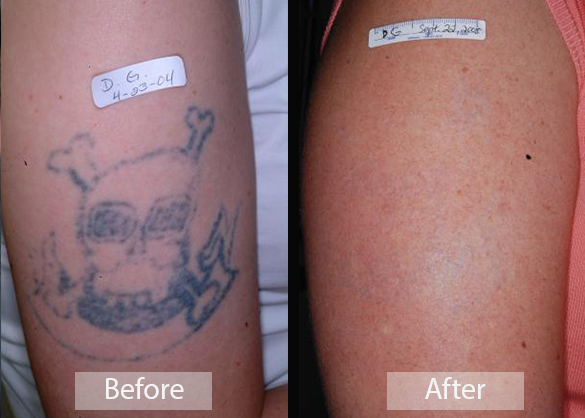 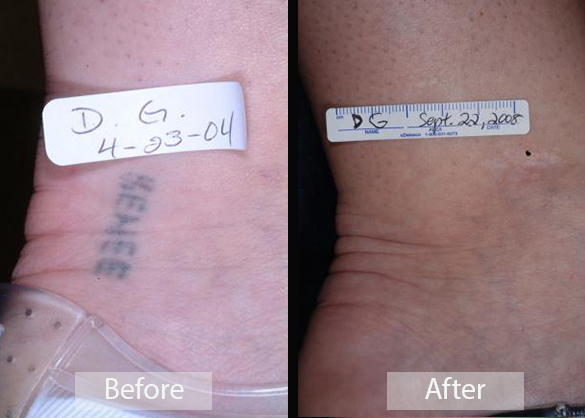 When Does Tattoo Removal Work Best?

The laser provides the best results available for the removal of tattoos. How well your tattoo responds depends on a number of factors. Amateur tattoos usually contain less ink than professional tattoos, and therefore respond more quickly to the treatment.* Green and complex multi-colored tattoo inks are often more difficult to remove than the darker inks such as black, blue and red.* Your skin’s natural pigment, melanin, also absorbs the laser energy, so in darker skinned people the area treated by the laser may become lighter for a period of months than the surrounding skin. Usually, melanin eventually repopulates the treated area restoring the skin to its original color.*

What to Expect Before and After Tattoo Removal

A few days prior to treatment, it is best to avoid taking blood-thinning medications like aspirin and non-steroidal anti-inflammatory agents such as ibuprofen as these can produce pronounced bruising after treatment. The unfortunate thing about tattoos is that both getting them and removing them can be uncomfortable. The laser pulse feels like a rubber band snapping against your skin, and each pulse treats an area approximately the size of a pencil eraser. If your tattoo is very large, you may elect to have a topical anesthetic, but this is not necessary.

How Long Is Recovery Time?

Immediately after laser exposure, the treated area will turn white and swell slightly. Blistering may occur as well, but the whiteness usually fades in about 20 minutes. A petrolatum or antibacterial ointment and dressing will be applied to the area, which should be kept clean as directed with continued application of ointment. We recommend Vaseline or Aquaphor.* Over the next several days, blisters may form and then a scab or thin crust may follow. Often the scab is the same color as the tattoo because the superficial tattoo ink has been eliminated into the crust. The skin usually returns to normal in about 7-10 days.* Amateur tattoos usually require 3-5 treatments while professional tattoos usually require six or more treatment sessions.*

Request an Appointment in Sacramento, CA

Dr. Tanghetti’s work has been published in journals such as Lasers in Surgery and Medicine, Journal of Dermatologic Surgery, the Journal of Cosmetic and Laser Therapy, and Cutis. He is a fellow of the American Society for Laser Medicine and Surgery, and a member of the California Medical Association, the American Medical Association, and the American Academy of Dermatology. For a consultation to discuss our laser tattoo removal treatments, call us at [916] 454.5922 or complete the form below.

* Individual results may vary; not a guarantee.
Connect with Us:
Share:
We're happy to answer any questions you may have, feel free to call us at
[916] 454.5922